We've spent hundreds of hours in the field to ensure our solutions are exactly what you need to get the job done. 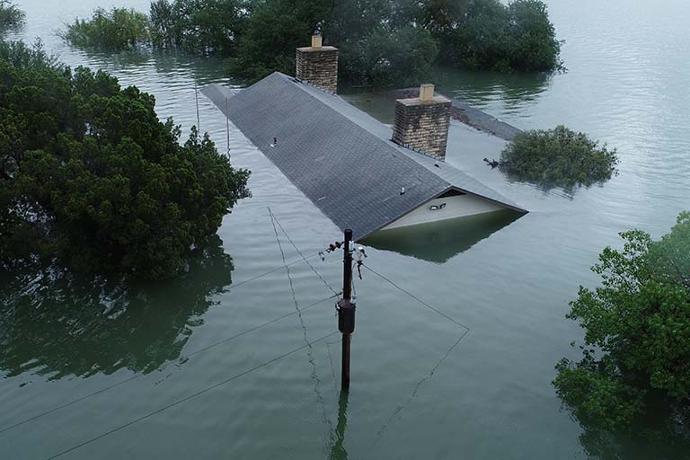 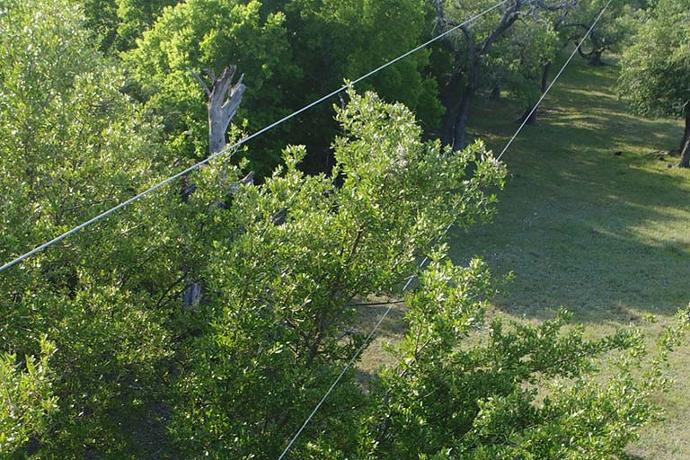 Quickly and efficiently scan miles of line in a single flight to monitor vegetation health and check for encroachment or other hazards to proactively manage your rights-of-way.

160,000+ miles of line have been inspected by our utility drone solutions

The Benefits of Drones in Utilities & Energy

Our intelligent drone systems do more than just capture data and images.

Drones enable line crews to quickly get a complete view of any structure to assess damage, validate repairs and perform a variety of other inspections. Our quick-deploy utility drones are designed to live in your trucks and serve as the first set of eyes during any outage or call for service.

Every image captured by the drone will contain millions of pixels and highly accurate geolocation data that can be turned into a real-time map of your entire infrastructure. The more you fly, the more data you are able to build for any given structure or other asset to include high-resolution visual and thermal imagery, LiDAR, and more.

High-resolution visual and thermal imagery alone is more than capable of giving you a good understanding of the current state of vegetation along your Rights-of-Way. Combined with multispectral and LiDAR, you're now given a comprehensive view of the overall health of that vegetation and its precise distance from your lines or other structures.

We've been equipping utilities and cooperatives with drones since 2014 and we used that experience to come up with some key considerations when starting or scaling your utility drone program.

Try to avoid the hype. It's mostly noise.

It's easy to find yourself going down the rabbit hole of amazing launch videos of the latest and greatest drones or features that've been announced. The problem is, most of the marketing in this industry today is just noise. It's becoming increasingly difficult to determine what is hype and what is a legitimate product or system that you should budget for. We're here to help.

These aren't toy drones you're going to tinker with on the weekend, testing out some new feature. These are commercial drones that need to work, and work well on day one. Your job is hard enough. Don't be a beta tester if you don't have to. We'll guide you through from start to finish and help you weed through the smoke and mirrors of today's drone marketing.

Hidden fees can quickly become "pay to play", or, rather, "pay to work."

The drone industry has evolved enough now that the hardware is really just a means to an end and many drone manufacturers have quickly pivoted over to leveraging software licenses and fees to enable some key features. That cool autonomous flight capability you saw in the launch video may indeed be tied to a license that's on top of what you'll pay for the drone itself. When budgeting, take the time to really dig into the next section to develop a clear picture of what your deliverable is and as such, which of those capabilities you may or may not actually need.

When setting out to start or scale your drone program, it's critical to identify the result you're looking for. In utilities, this is often going to be high-resolution imagery of assets and infrastructure but it doesn't end there. Thermal, LiDAR, multispectral, Corona... It's all possible, and until you work to identify the key areas of your workflow where drones will operate, it can seem like an insurmountable number of options. Let us work with you to help identify the areas where drones can immediately and efficiently be put to use and the rest will happen naturally.

One of the most common ways we help our customers determine their ideal deliverable is by analyzing prior events and projects. By going back and identifying key projects or big events that could have been done more cost-effectively or handled more efficiently, you'll develop a very clear picture of the areas that can be improved with the use of drones and their hardware. Then it's just a matter of getting to work. We're ready when you are.

The payload, which is whatever your drone is carrying, is the real powerhouse of the entire drone system. Much like the deliverable, the payload you need is directly determined by the data you need to collect and that payload may require a certain type or size of drone. Still, the payload is center stage when it comes to building a utility drone program and it's our job to pair you with the perfect sensor that will deliver consistent results.

Now that you've identified your deliverable, it's probably pretty obvious what you need from the drone. Whether it's high-resolution images captured on regular inspection flights or it's LiDAR captured along a right-of-way to measure the distance between the vegetation and the line, it's the payload that's going to capture it and the software that’s going to sort it - the drone is mostly muscle with a little bit of brain.

Today's UAV-based sensor packages are mind blowing. You've got LiDAR that's the new hot and sexy thing in drones but you've also got some incredible visual or red, green, blue (RGB) cameras, RTK, PPK, and so much more. Finding your way through the plethora of options and capabilities of today's modern drone payloads is what we do best and we're here to help.

No drone can do everything but drones can do anything.

We'll keep this short. Don't go into this looking for one drone that can do it all. It doesn't exist. Even if it did, we're pretty sure the sale of unicorns would be illegal. Plan on needing multiple drones, each with a clear purpose and deliverable and you'll actually end up saving money and getting more for it.

The key to your drone's full potential.

You can go to Best Buy and buy a drone that's easy to fly which GPS-guided navigation that will return home when the battery gets low. That's so 2014. The real potential of your drone is in the data and that data needs to be compiled, stitched, modeled, mapped, and visualized.

Yes, we did spend almost an entire section talking about the pitfalls of "pay-to-play" sales strategies. This section isn't about that. It's about making you aware of the importance of the right software package. Developers like Pix4D, Drone Deploy, Measure, and many more create meaningful software that is enabling work for utilities and cooperative all around the world. Let's work together to find the right solution for you and your organization that sets your program up for success and maximizes your return on investment.

If you want a dealer that's just going to quote you a price, sell you a drone, and call it quits, you've come to the wrong place. Hey, we never said we were good salespeople.

Our sole purpose is to provide you with a dedicated, knowledgeable resource for all things drones and then support you unlike any vendor has ever supported you.  We can't do that through transactions alone and your drone program can’t realize its full potential if you're just looking to purchase a drone. This is a big investment and — in order to maximize that investment — you'll need to identify what your needs are now, but you'll also need to come up with a projection for what things might look like in five years and put plans in place to respond to those new challenges.

You're not in this alone.

Work with your neighboring organizations and others right there at home to help build the technology within your region. If your neighboring cooperative responds to the same general areas after a storm, see what equipment they're using and how you might be able to augment that when disaster strikes. Contact the police and fire departments in your coverage area and learn about what their plans are. Deploying a fleet goes far beyond your own purchase and drone program.

We're here when you need us.

Our Solutions Specialists are standing by to provide you with a price quote, schedule an on-site demo, or just answer questions.

We use over 30 years of combined experience to help organizations like yours hone in on the perfect solution for the job.

Industry Expertise. We take an experience-driven approach when it comes to guiding our customers toward the right solutions.

Low Pressure. Our entire sales process is low pressure from start to finish and tailored toward government purchasing to make sure you get the equipment you need, when you need it.

Unwavering Dedication. When we say nobody can support you the way UVT does, we mean it.