Ready for anything, versatile in their response, and renowned in emergency preparedness to the point of necessity, drones have given departments the necessary overwatch and accessibility tools to further their response and reach. Going where humans can't, drone fleets are being incorporated and integrated into emergency preparedness workflows at an increasing rate, saving lives every day across the nation.

On the evening of January 31, 2021, the Winston Weaver Co. fertilizer plant in North Carolina caught fire. The plant, located in the heart of the Winston-Salem community, holds over 600 tons of ammonium nitrate, a fertilizer compound that is extremely flammable and combustible in the right conditions. Local emergency response teams from Winston-Salem Fire were the first to arrive on the scene and were promptly greeted by the sight of flames rapidly escalating out of control. After they witnessed the gravity of response needed, Winston-Salem Fire & Rescue called in support from surrounding agencies, including the Lewisville Fire Department, Greensboro Fire, Winston-Salem Police, and the Forsyth County Sheriff's Office. 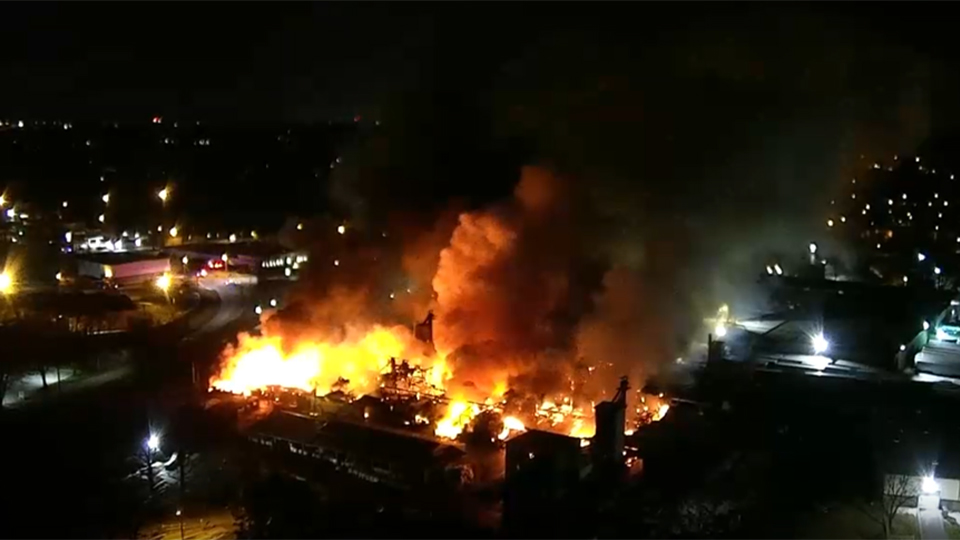 The need to be cautious was rooted in the memory of an incident that occurred only eight years earlier.

On April 17, 2013, in the sleepy city of West, Texas, the West Fertilizer Company storage and distribution facility, which housed 300 tons of ammonium nitrate, exploded after catching fire. The casualties included 15 dead, over 160 wounded, numerous buildings damaged, and long-lasting trauma that swept the people of the region.

It was an incident that has not since been forgotten.

Back in Winston-Salem, Fire Chief Trey Mayo understood the history and unpredictability of this chemical, and knew that a potential threat to the lives and infrastructure in the surrounding area was imminent. In response, he activated an enormous one-mile evacuation perimeter around the fire. Authorities from over 25 agencies — in fear of an explosion — knocked on doors throughout the night and used the Public Address (PA) system to urge 6,500 residents in over 2,500 homes to leave the potential blast area.

Before the emergency responders moved outside the exclusion zone, the team took measures to reduce the threat of detonation. They activated drone task forces from Lewisville, Greensboro, Durham Fire Department, and Forsyth County to provide 24/7 aerial surveillance of the evolving scene. The team also deployed an Unmanned Ground Vehicle (UGV) to inspect a railcar that held 90 tons of ammonium nitrate deemed a high-risk for detonation. The crews set unmanned hose streams on the railcar, which reduced the temperature of the contents and its chance of explosion. 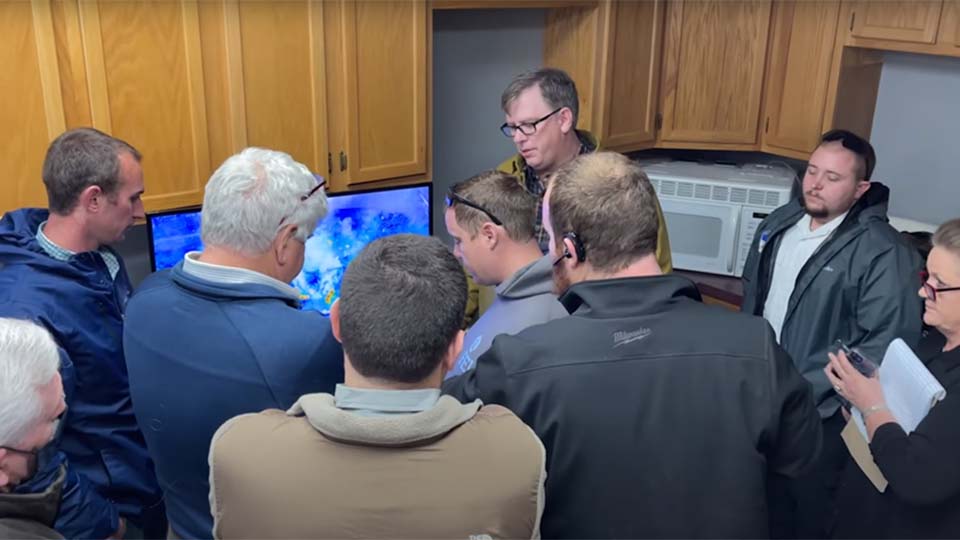 Outfitted with a DJI Matrice 300 RTK quadcopter, DJI Matrice 210 quadcopter, and two DJI Mavic 2 Enterprise Duals, the pilots used the radiometric capabilities of the DJI Zenmuse H20T and DJI Zenmuse XT2 to capture detailed thermal data and DJI’s Zenmuse Z30 to gather incredibly clear images and video. Operating on DroneSense, the team was able to have seamless integration of multiple platforms while streaming the scene live to command. For more than 96 hours, the team used these tools to monitor the fire, fly missions in and out of the disaster area, and provide valuable information to the response team, community, and media about the status of the fire and — most importantly — the combustible state of the fertilizer in the railcar.

Lewisville Assistant Fire Chief David Kivett said, “We were able to fly the drone around and look at different components of the building that were burning, specifically the rail car, so we were able to provide that visual information that didn’t require them to put any firemen at risk.”

After four days and over 4 million gallons of water, the fertilizer and structure had burned away the threat of explosion. With the explosion risk and the chemical hazards greatly diminished, firefighters and emergency workers were finally able to return to the scene and use smaller Mavic 2 Enterprise Dual platforms armed with radiometric thermal sensors to chase down and extinguish the last of the hotspots still glowing on the pilots’ displays.

This is one example of how drones are regularly being incorporated into emergency responders’ “tool kits” to perform remote operations and gather actionable information in dangerous environments. No one “tool” or solution is right for every call and no single drone can do everything — however, a carefully constructed fleet can do anything.

We know your job is already hard enough without having to figure out where and how UAVs might fit into your department's budget and workflow. That’s where we come in. UVT exists to equip as many public safety agencies as possible with the tools they need to immediately save lives and return everyone home unharmed.

Contact us, we’d love to work with your organization to put together a fleet that is right for you.

Read Next
UVT's Definitive Guide to Drones in Law Enforcement